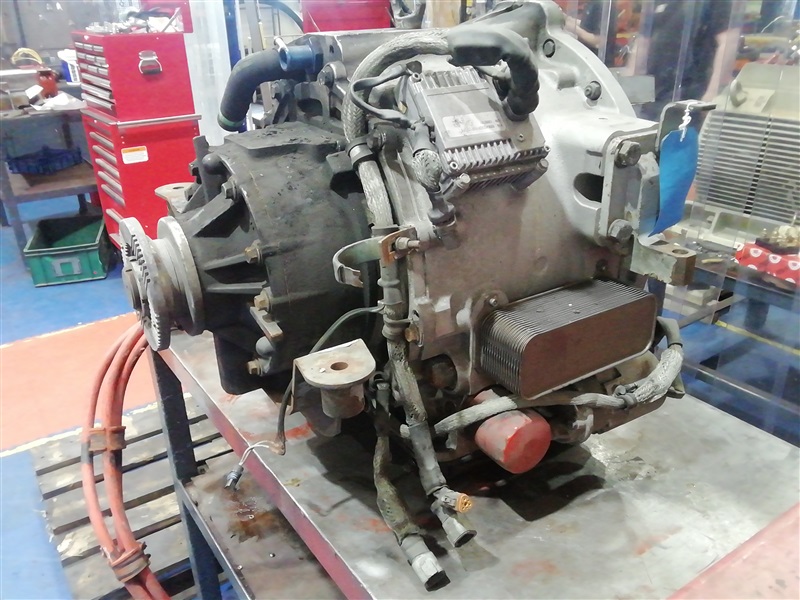 It’s more by accident rather than by design that my recent posts have featured technology and processes that are environmentally friendly.

This one, as it so happens, is the same.

We’re all I expect very used to traditional electric motors in my posts, but here’s one that is a little different.

If you’ve not seen one of these before, it is a BAE Systems Hybridrive traction motor. These are used to propel some of London’s buses. They operate in conjunction with a traditional internal combustion engine and are very much the same as a PHEV (Plug-in Hybrid Electric Vehicle).

So, a nod to environment and sustainability, these traction motors in particular are used to reduce emissions in our nation’s capital.

This one came to us direct from the transport operator after it failed in service. As it is a type of electric motor it has windings, these fail in the same way as traditional electric motors do. There is a great deal more to these motors though with a coolant and oil pump system, high precision bearings, speed sensors, feedback devices akin to a servo system and at the drive-end of the motor a precision planetary gearbox. It’s this that couples directly to the drivetrain of the bus.

For me it’s a pretty incredible motor. This one has been rewound by my winders and rebuilt.

I’d love to show the motor coupled up to its coolant and oil system with all the sensors and feedback connected up and on our load rig being fully tested, but there are a few things I need to keep to ourselves. Steve here is giving the motor a very low speed open-loop run for this short video clip.

It’s a pretty powerful motor for its size too. Consider that the motor is just the steel part and the gearbox is the black painted part. It is able to deliver 2100Nm of torque. Peak power of 195kW and a continuous power of 120kW between 1100 – 4100 rpm.

These motors are a pretty common sight in our repair workshops these days along with other electric traction motors from buses, trucks and cars.

I know the guys here get a kick out of supporting technology that reduces our environmental impact. Long may this technology prosper.