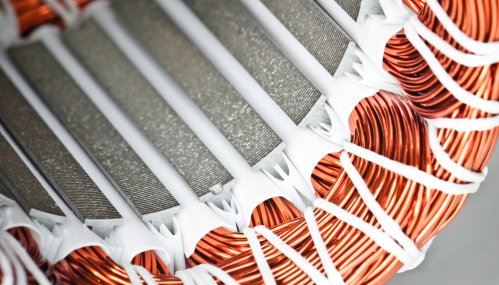 Why it’s not the price of the rewind you should be concerned with when making a decision who to choose to rewind your electric motors.

Too many times I see companies only concentrating on the repair price of an electric motor, when in reality, it’s the running cost that should really matter to them. Hopefully, armed with more information, companies can make better decisions to save money in the long term rather than apparent ‘short term’ gains.

A company has a 160Kw, 4 pole, IE3 electric motor which has suffered water ingress and needs rewinding. Firstly, the company doesn’t need to upgrade this motor as it’s already a Premium Efficiency IE3 motor, it is sized correctly for the application, it does the job it’s required to do, so a rewind is a correct decision.

Supplier X and Supplier Y are invited to quote for the rewind.

Let’s assume Supplier Y submits a price £700 less than supplier X for the rewind. Who gets the order? well, supplier Y of course as they are cheaper! Who wouldn’t agree with that?

Now here’s where a false sense of security and achievement sets in. The company think they are saving £700 by choosing a cheaper supplier. The total cost of ownership (TCO) and running costs have not been taken into account.

Now I’ll get onto the important figures later on but just a little bit of information on Supplier X and Supplier Y.

(For this example, please assume this is the only difference between the two suppliers)

Because of the differing methods used by each supplier, the running costs of the motor will now be different

To calculate the running cost of a motor

Supplier X, who uses a recognised method to maintain the motor efficiency can show post-rewind figures for the motor of 1,402,922 kWh per year and a total running cost of £140,292 per year.

Supplier Y will have damaged the motor’s core by using an uncontrolled burn-out method. The motor will no longer be 95.8% efficiency. In my opinion, by using uncontrolled heat sources on a motor of 160Kw will reduce the efficiency by around 3-5% so now let’s run the figures using a mid-range figure of 4% additional loss, we can assume the motor is now 91.8% efficient. Now the post-rewind figures for the same motor are 1,464,052 KWh per year and now the running cost is £146,405 per year.

Because the motor is now less efficient the running costs increase.

That increase is over £6,000 in electric costs per year!

So by seemingly ‘saving’ £700 by choosing a cheaper supplier, this company could be costing themselves an extra £6,000 per year in electricity costs. That’s 8.5 times more than the amount they thought they were saving.

Figures like these are not uncommon, I hope you will take the effect a rewind can have on your running costs into account when choosing a supplier or deciding on which quote to go with. Do more research into your supplier, do they have a recognised method of maintaining a motor’s efficiency when rewinding? Check they can prove this to you too.

There are many fantastic rewind/repair shops out there who do adhere to recognised practices, make sure that you are using one. Why not take the time to visit your repair/rewind shop and ask them to show you how they maintain a motor’s efficiency? I know those who do will be glad to talk you through the process, those who don’t will make excuses and avoid the topic.

Don’t always assume a cheaper rewind price is the best option, it could end costing your company thousands!