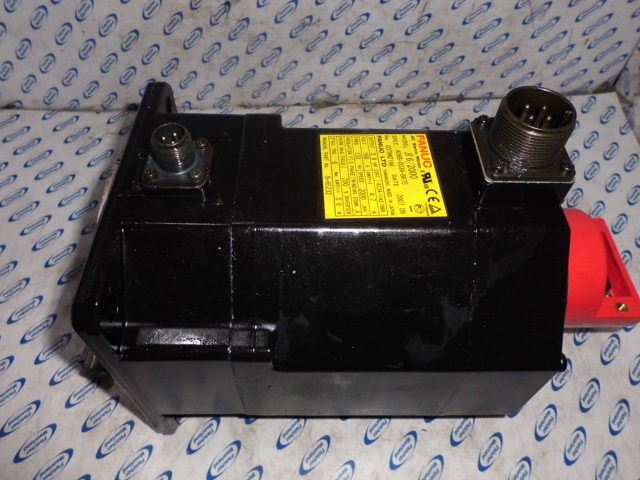 An automotive customer of ours had an urgent repair requirement, well two actually, he has two Fanuc motors type A06B-0034-B675 that had failed, both had sheared shafts and both were required back as soon as possible as the machine these came off produced a critical component and could possibly stop production.

We received the motors, and the broken off shaft extensions into our works and firstly confirmed the motors did work. They were coupled to our Fanuc test rig and both motors did operate. We then knew this would be a rush job for our mechanical division, the shafts were carefully pressed out of the rotor magnet packs and a CAD drawing was made. Just to make the job more difficult on a night shift the shafts were tapered.

As our machinists were making the shafts, the servo guys were busy cleaning and checking the motor windings and Fanuc pulsecoder. The new shafts were pressed into the rotor pack and then were balanced to a G1.0 balance grade. The motors were assembled and feedback was aligned before being fully load tested at full speed and zero speed to ensure the new shafts were ok.