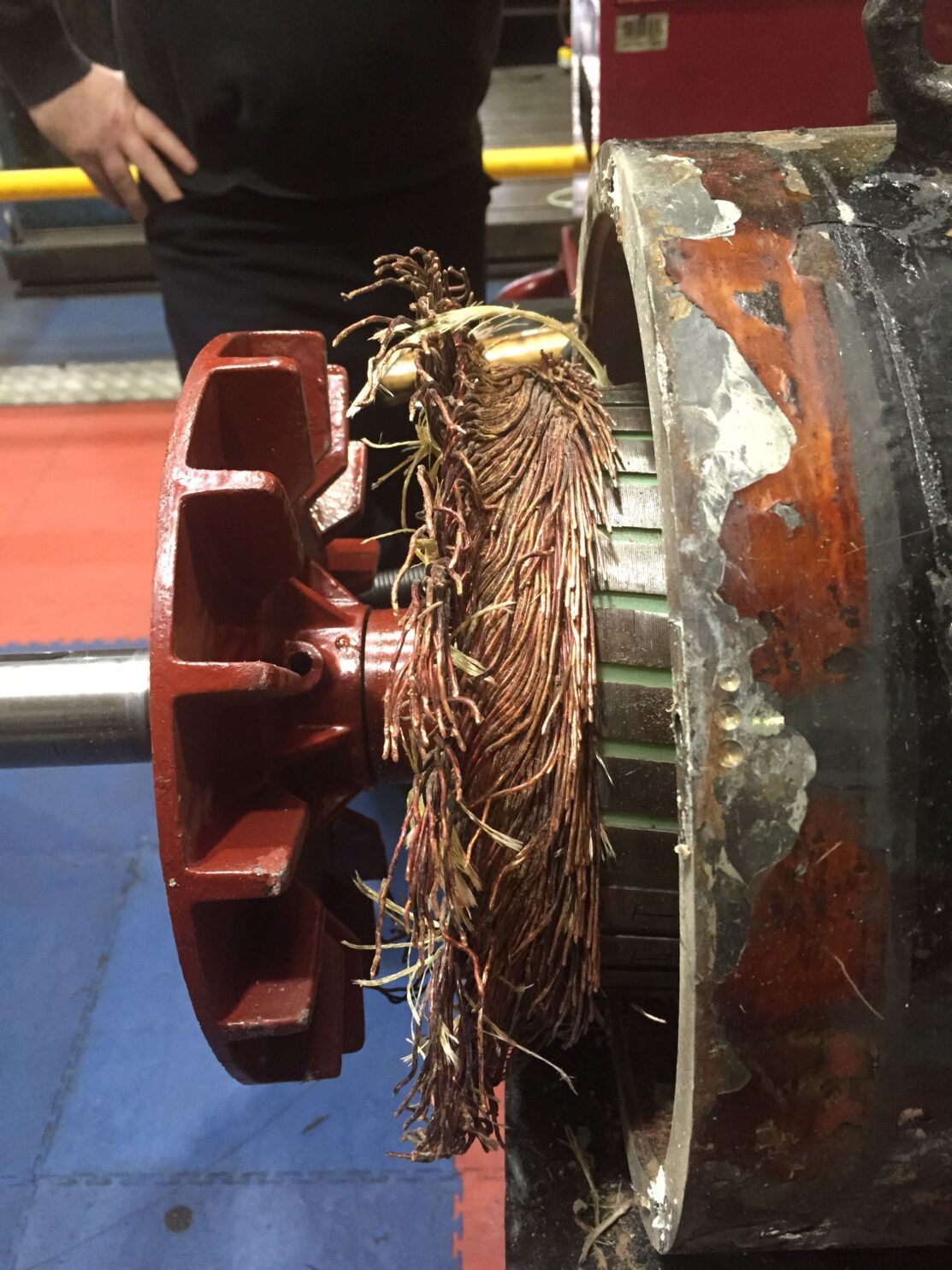 Well, it seems I’ve generated a great deal of interest with my post regarding an accidental over speed of a DC motor we had repaired.

Just last week, I posted a photo of a DC motor armature after it had been accidentally overspend, after we had rewound it.

I posted it to show what can happen to a DC machine when full voltage is applied, and there’s no load on the shaft!

Now here’s what happened – We rewound the motor for a rail customer of ours, the motor is a traction auxiliary blower unit for the main traction motor for a UK rail freight operator. We repair many of these each year, and we do, as has been questioned, have a documented testing process for them. It just so happened on the day, the test engineer who was verifying the operation of the motor, before paint and package, made a mistake, he switched full DC voltage across the motor terminals without a load on the shaft. Within a fraction of a second, the motor blew. I do think the damage makes a good photo.

You can see the result of the massive centrifugal force crated where the armature coils on the overhang have spread, then split the lacing, then got caught in the motor internals. I’ve only seen this failure in photos before, so it was kind of nice, in a way I knew it was going to cost the company money to rectify it, to see this first hand.

There have been many comments to my original post varying from ‘poor winding’, ‘over current’, ‘bad balancing’, ‘Why run at over speed?’ and all sorts in-between. Many understood what went on and many others thanked me for sharing. On LinkedIn, I see numerous posts about how wonderful things are but I thought on this occasion I’d post about a mistake we made. Some may say it’s brave to do so, but we are human and do make mistakes, I like to call it honesty.

Now here’s whats going on in a series wound DC machine – The shaft torque of a series DC machine is inversely proportional to the square of the speed, and directly proportional to the square of the voltage. So as the shaft torque (remember we didn’t have a load on the shaft) was zero, with a fixed voltage, the speed will try and approach infinity! Now, of course, the shaft didn’t get to ‘infinity rpm’ the windings spread and failed, as you can see in the photos. Here’s a typical plot of torque v angular speed for a series DC machine.

I’m sure you’ll agree the damage is quite impressive.

However I’m pleased to say that after we had rewound the motor again, the same test engineer carried out the final test run, using the correct procedure, the motor performed as expected.

That day, an experienced engineer learnt a valuable lesson, you are never too old to learn. It may take a bit of time for his colleagues to stop joking with him about what happened, but that’s life in an engineering workshop, I’d not have it any other way.

To all those people who make mistakes in their life – Keep making them, but learn from them.