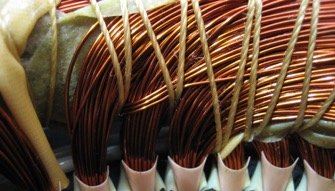 It seems on a few of my earlier posts that I’ve inadvertently added to the repair v replace argument for electric motors. On this post I just want to show my respect for the skilled craftsmen who, day-in day-out, rewind motors. Now just to show and I guess a few of you cannot un-see the motor winding picture above, what screams out are the crossovers and the way the conductors are pulled over from the central coil. Has a skilled craftsman done that? No, and I would guess the world over there are rewind shops who would never let this quality of work out of the door. This is a machine wound motor, brand new, never used. A number of years ago I stripped several new motors to get an understanding of ‘new motor quality’ what I found, well, surprised me.

This motor isn’t from a ‘budget’ motor either, it’s from a manufacturer who many would class as a premium manufacturer.

So what is wrong with the windings above, well just think of the stresses caused by pulling the winding wire like that? Even though its a random wound machine, a skilled motor winder would lay the conductors parallel to each other and ensure enough conductor length so he/she doesn’t have to pull the conductors like that. Also having conductors at almost right angles to each other should be avoided, as during start-up there will be greater movement of the conductors, They’ll be at differing potentials too so it points to me as a likely failure point. Imagine that, a brand new motor in my opinion is already compromised before its even been run.

I’ve not sold this motor to a customer, instead I’ve kept it as a training example for my business.

To all motor rewinders, keep up the skilled craftsmanship, you are better then any machine.