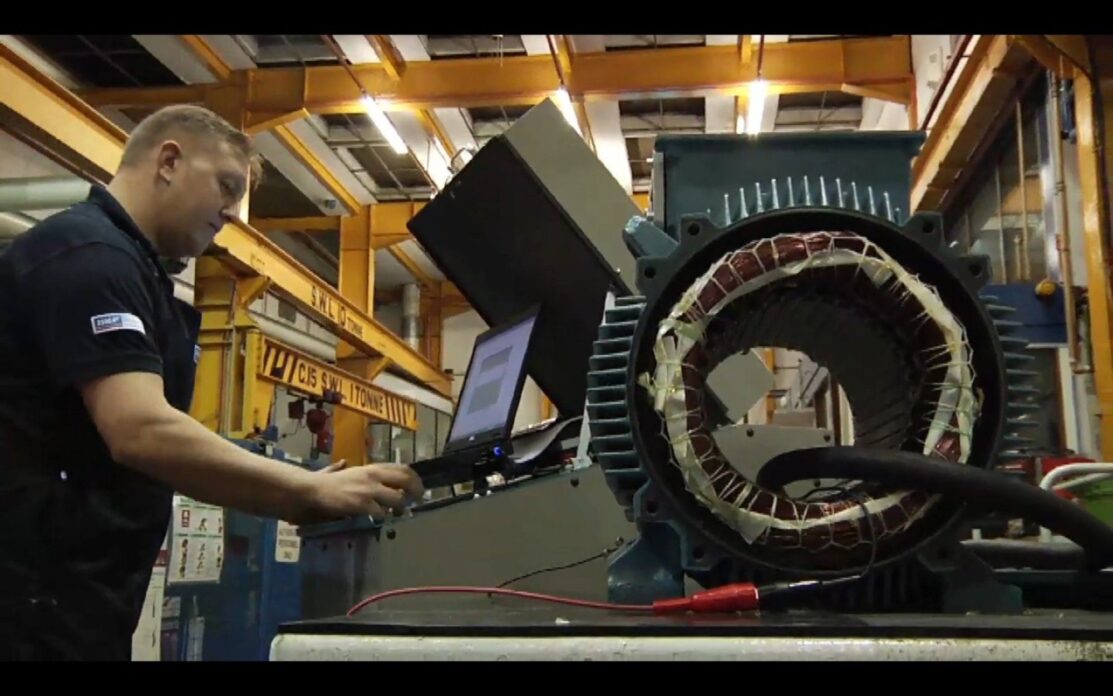 Websites and promotional material from electric motor rewind companies from around the world tend to push one message “Quality Electric Motor Rewinds”, after all, nobody is going to admit to being sub-standard in a competitive industry. But what amazes me, is how many companies totally ignore the importance of one of the most important quality assurance tools in the electric motor rewinding trade, the core loss tester!

If a core loss test is not carried out on an electric motor to be rewound, the repairer will have no indication as to the condition of the core, whether it’s defective or not.

Using a commercial core loss tester (we use a Lexseco tester) is the only way to know the condition of the stator core, the commercial testers will provide a print-out of the condition, this is usually shows in ‘watts loss per Kg of iron’. There are industry guidelines that these results can be compared against as to accepted core condition.

Core condition can be affected too by the burn-out process, in most cases this is the area in which the rewinder can cause most damage to your motor. Using an uncontrolled heat source (i.e. above 370 degrees C) will cause damage to the motor’s core and increase losses.

I must say here that there are other stripping methods which don’t affect the core, but primarily I’m concentrating on uncontrolled heat sources as the photo below shows. Unfortunately, this sight is all too common in electric motor rewind facilities.

“Many companies shout-out about completing a rewind in 24 hours, all great but who knows its been done correctly?

In 2004 EASA and AEMT produced a guide to repairing electric motors and maintaining efficiency, although 12 years old, the information is still as valid today as it was then. A crucial step in the guide is core loss testing. Now here comes the question again, why do so many rewind companies dismiss it completely or don’t do it?

Recently I was in a competitor’s facility, one who is ‘approved’ by a significant OEM to repair their motors. They don’t have a core loss tester or a controlled heat source for stripping. My first question was to wonder how stringent was the approval process? but I’ll leave that thought on hold for now.

I’ve heard in discussions that the investment required for controlled heat sources, such as pyrolysis ovens (there are other recognised methods too) and commercial core loss testers is too high for companies to justify. There’s also the seven most dangerous words in engineering used to justify outdated methodology and practices, ‘Because we’ve always done it that way!’.

Ok, I get it. To do the right job requires investment in equipment and processes, I’d appreciate those companies who don’t, to recognise this and to stop comparing their rewinds to those carried out by companies who are prepared to invest in the right equipment, because you can’t. I also feel there is still a long way to go in educating the users of electric motors, as to what is needed to repair and rewind motors to a certain quality standard, go and find out how electric motors should be repaired by taking a look at the rewind & repair good practice guide, then go and speak with your repairer and find out how they follow each step of the process – download a copy from the AEMT’s website below.

In conclusion, it’s my opinion that until users and owners of electric motors understand the importance of core loss testing in electric motor rewinding, and until they start demanding this of their rewind companies, it will continue, in the main, to be dismissed.

For those companies out there who recognise the importance of investment in the right equipment, and invest in processes, well done, keep it up, you know you are doing a much better job than those who don’t.