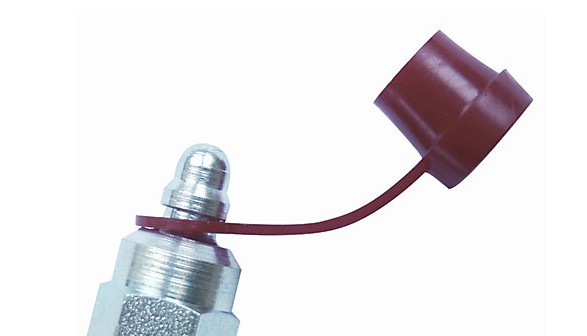 Is this possibly the cheapest reliability invention ever created? Yes, I’m serious, the humble grease nipple cap. It costs pence but can save you thousands……

Think about it and what it does, it protects contaminants from getting into the lubricant.

Next time you walk around your plant, take a look at your equipment. How many grease nipples can you see without a cap? I’m going to bet you see several, and those you do see I’m going to bet are covered in grease. Now just think of what’s going on here. An uncovered grease nipple will attract airborne particles…. dust, debris, dirt etc. Each time the lubrication engineer (or they may still be known as grease monkeys) adds more lubricant, the contaminant particles will be forced down the fill pipes and into the bearings. This may not be done knowingly but it is a deliberate action, where what is supposed to be a maintenance routine is actually a destructive routine.

When foreign particle contaminant (the dust, dirt & debris mentioned earlier) makes its way into the bearing, it’s not coming out again, it’s going to cause damage, firstly by embedding into the raceways and rolling elements, secondly by causing denting and scarring. Unless this damage is picked up by regular monitoring, at best you are looking at an early removal and repair of a machine, at worst an unexpected failure in service. Either way it’s going to cost you in repair bills and downtime.

Here’s what particle contaminant looks like on the outer race of a bearing. (plastic deformation has occurred) ‘Photo courtesy of SKF’ 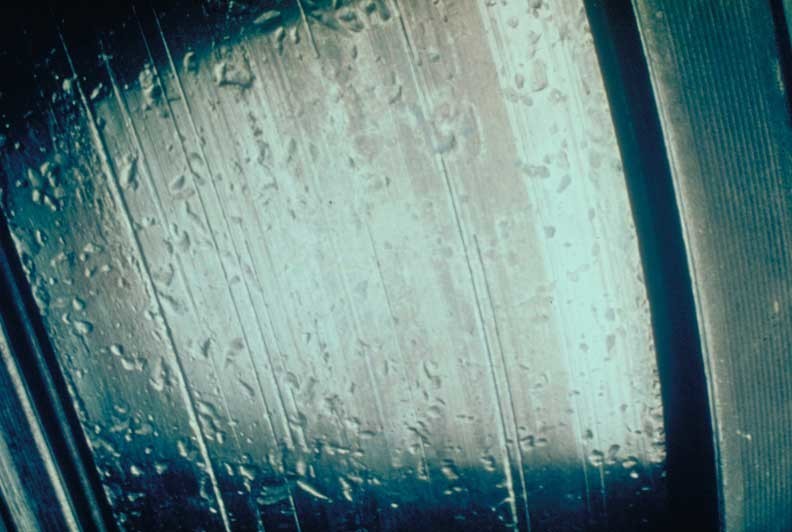 Now think about your plant again and those uncovered grease nipples, will you now think differently about them? Will you now look at them as possible creators of downtime? Will you go out on plant and fit caps on them?

Grease nipple caps cost pence but they could save you thousands in repair bills and downtime.

It’s one of the reasons we include the fitting of grease nipple caps as standard on all our repaired motors, pumps, fans; or any machine with grease nipples fitted. We also add a tag to show when the lubricant was charged and what lubricant we have used, that too helps to prevent cross cross contamination or miscibility of lubrication.