Estimates suggest that globally, around 60 million tonnes of waste electronic equipment are thrown away every year. As we fight the effects of global warming, growing pressure from consumers and environmental groups means this level of disposal is unacceptable. With this in mind, Matt Fletcher, Managing Director at Fletcher Moorland, dispels some myths surrounding the practice of repairing printed circuit boards and outlines some of the benefits. 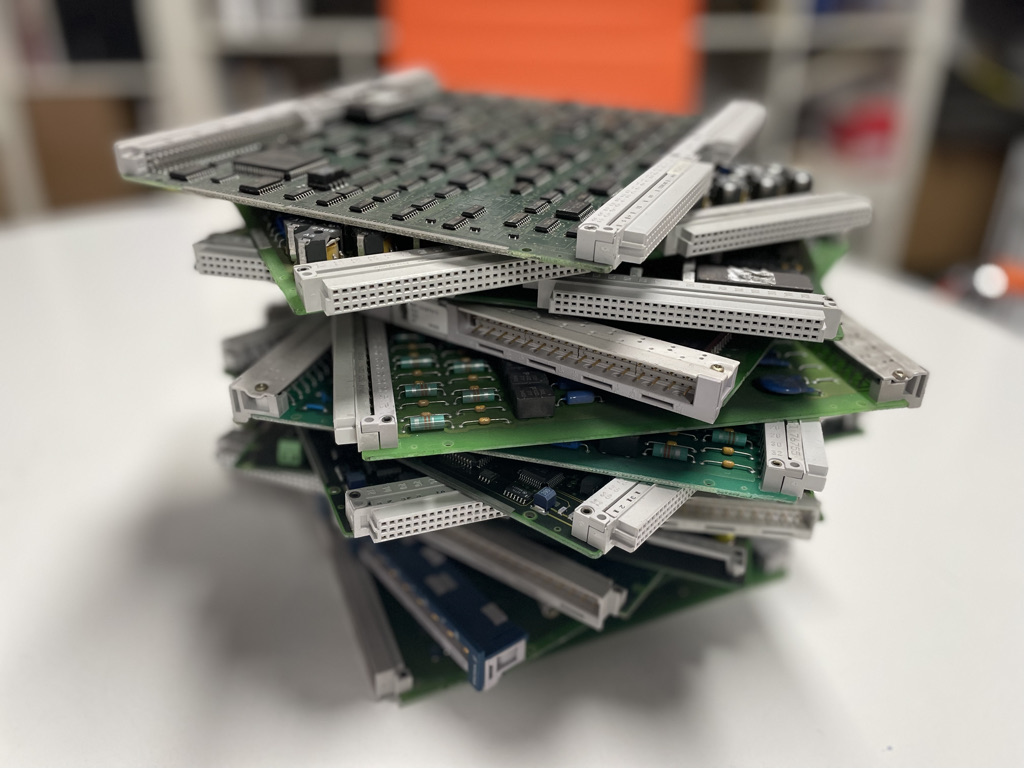 What do you see in the image above? A pile of scrap PCBs, or an opportunity to refurbish and reuse?

If you see an opportunity to refurbish and reuse, great, you don’t need to read any further – but I would be pleased if you do. If you see these as scrap PCBs destined for landfill, then hopefully, this is an opportunity for me to change your perspective.

PCBs (Printed Circuit Boards) are in all electronic equipment the World over. They have hundreds of components soldered to them, and these components fail over time. It only takes one of these components to fail to stop a PCB from working, which can stop an entire machine or production process. Maintenance engineers can generally fault find to PCB level. Usually, the PCB is swapped out, and the machine or process can continue. It’s a job well done, and the production manager is happy again. In a typical industrial process environment, this happens every day. A PCB fails, the PCB is replaced, and a new PCB is purchased. Over time, the faulty PCBs then begin to pile up, they have no value, and eventually, they end up in landfill. This is totally avoidable. PCBs can be repaired, refurbished and reused.

I imagine a few of you are thinking, “Ok, but I don’t trust PCBs that have been repaired”, or “I’ve been told they are not repairable by the OEM”, or “I’ve tried before, and it doesn’t work”.

In my response, I’d explain that military, power generation and mass transport companies repair their PCBs regularly. I’d point out that OEMs want you to buy new, but that more often than not, components are readily available for most PCBs, irrespective of the OEM. And I’d ask if you had a bad experience with a repairer who either didn’t have the right skills or equipment to repair your PCB. It is important to recognise that no repair company can repair everything; those who say they can might not be telling you the truth. It does take skill and the right equipment to repair PCBs properly. I mentioned earlier that it could take just one component to fail to stop a PCB from working, so fault-finding is the most crucial skill in PCB repair. You need equipment that can test the components, such as The ABI Boardmaster. We have one that is continually in use in our repair workshop.

So, would you now think twice about throwing your faulty PCBs away?

If you are still not convinced, consider the following points. OEMs plan in obsolescence; quite simply, they stop making products, and they can then become very difficult to get hold of. I bet you’ve searched eBay and automation houses for replacement PCBs? Well, repairing your PCBs is an alternative to this. There is also the cost associated with upgrading equipment. Repairing returns a massive cost saving as opposed to upgrading equipment.

But possibly most importantly, repairing PCBs means less waste and fewer resources taken from the planet. That should be reason enough in itself.